How to Make New Friends at Work and In the Office 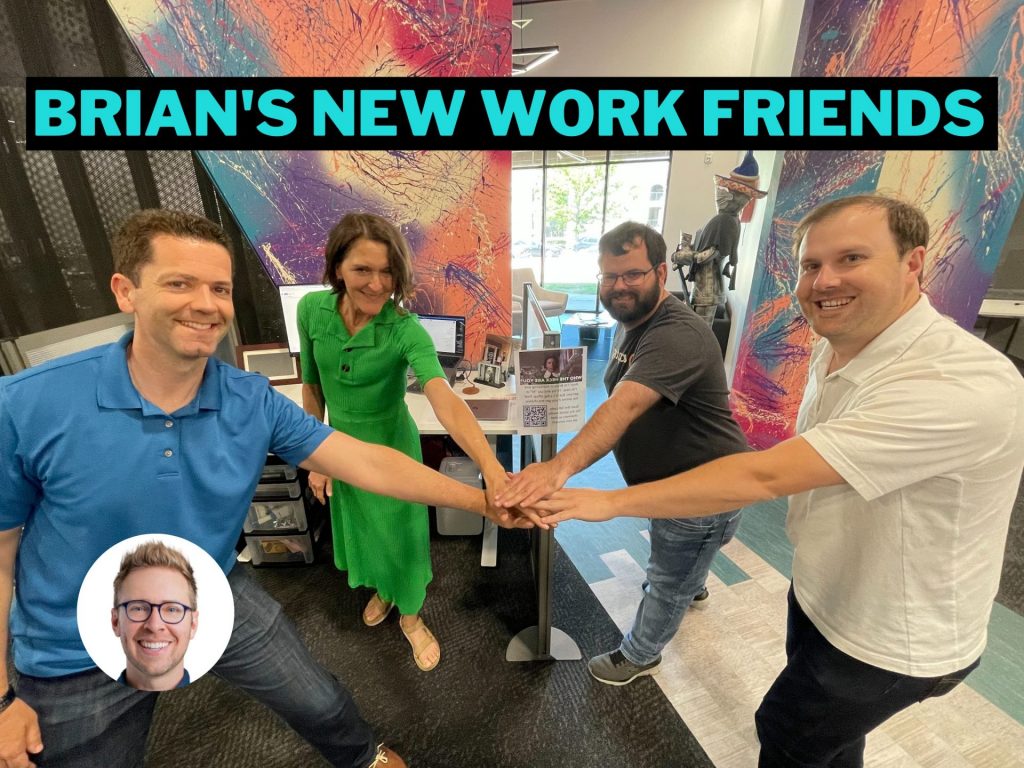 When you just start a new job, it can be difficult to meet people.

How do you make new friends at work and in the office?

I’ll show you how one person made new friends at work using fliers that he put up around the office.

This is Brian Kutsch. He just started working at Apptegy, an education technology company in Little Rock, Arkansas.

Brian wanted to make new friends at work. So he did something non-traditional: he made fliers that he placed around the office.

Here’s a better look at the sign he made:

The QR code links to Brian’s social media handles, as well as his resume and a charity that he supports.

Brian told me that there were two elements that he intentionally utilized in making his cubicle sign:

Results from this experiment

I asked Brian how this went. First, what were his goals?

“In an office with so many co-workers, it’s hard to remember everyone’s names let alone make sure that you even get a chance to meet everyone. My hope… was that by following each other on social media, maybe we would learn more about families, hobbies, pastimes, accomplishments, etc. Not only would names start to stick a little better, but it would help us get to know one another on a more personal level.”

Was the experiment a success?

“It certainly got some attention! I did meet some new people, but not as many as I hoped.”

Why do you think that happened?

“Since I’m so new in the office, I was a little wary about these posters being perceived as a “look at me” attention grab. This experiment was such a unique method of communication that was so highly visible… The signs were placed in moderately conspicuous locations (right near my cubicle) that weren’t necessarily going to grab everyone’s attention. That resulted in the sign being less effective. But it ensured that the intention seemed genuinely good natured.”

If you’re reading this article and want to modify Brian’s experiment, try putting the signs in more prominent locations. Take some pictures, try it out, then send me an email and tell me how it goes.

Here are a few photos, so if anyone asks “How can you make new friends at work?” you will have a good idea!

This is a neat way to meet new people at work. And it helped Brian meet a few new people during his first week in the office.

Would you do this? Or have you tried this? Email me and let me know.

2. Get your 2-page Party Checklist.
With over 19 things you can do right now to improve your next party. Plus an Executive Summary of the key lessons inside my book.