How to Host a Cocktail Party with Kids: Alex in Austin 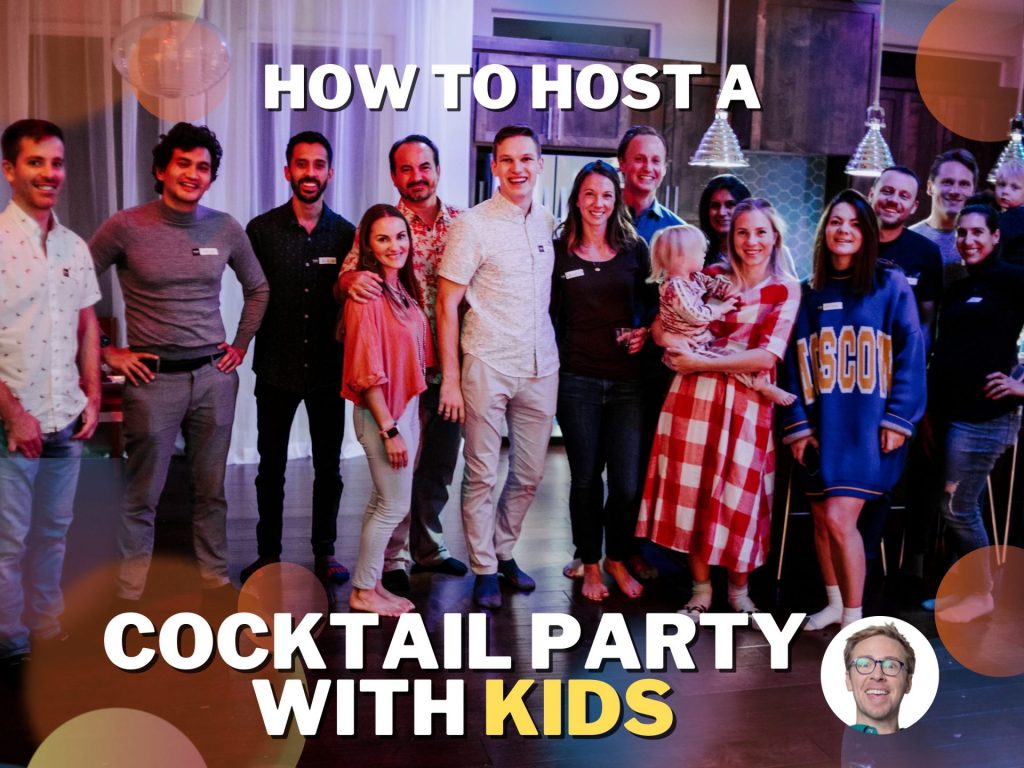 Alex read my book The 2-Hour Cocktail Party and used the exact formula to host a cocktail party for his friends and neighbors.

It was a huge success! Alex literally told me: “I LOVED IT AND I FEEL AWESOME.”

For further proof, just look how happy everyone is in the group photo:

Alex is special because he typed up a TON of notes afterwards. He’s allowed me to share those notes here in this article.

These are Alex’s notes that he shared with me, so he’ll be typing in the first person now. 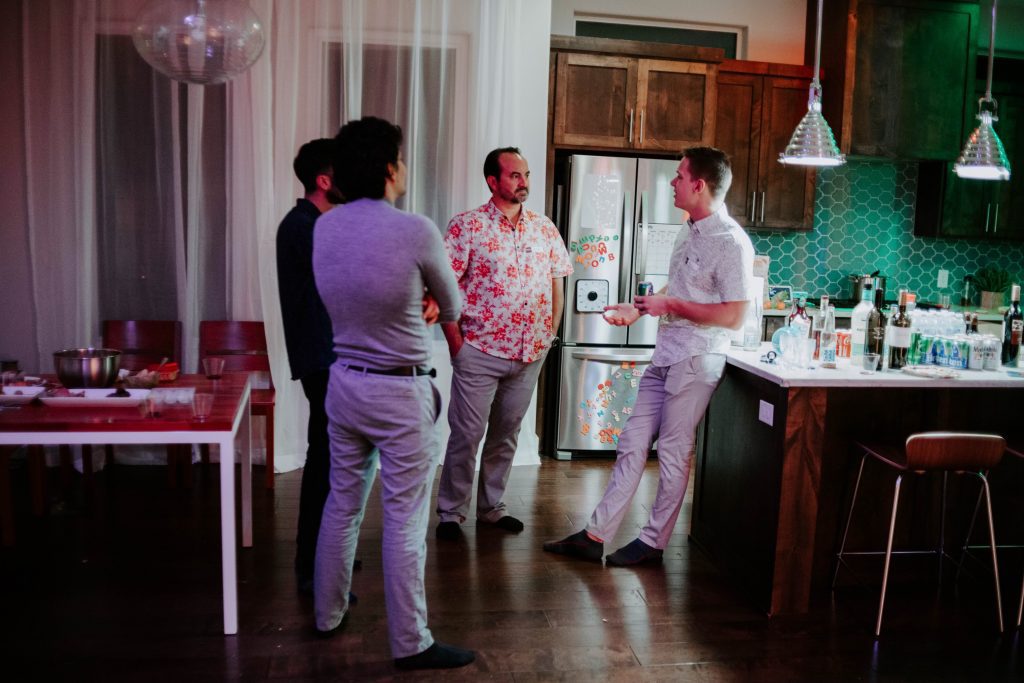 Things that surprised me

Notes on children and kids at the party

Thorns: What I can improve

Also: Someone attempted to come over one week early, and another person almost came over the day before the party 😂 I’m glad that both sent me a message ahead of time. Both seem to have messed up when adding reminders on their own calendar. But shows the importance of reminder messages that tell exactly when the party will be!

I’ve pasted the entirety of Alex’s invitation below the screenshot.

He used several animated GIFs throughout, which are not included.

It makes me happy to introduce great people to each other. I’m excited to help people make new friends. And I’m always wanting to keep in touch with great people who I haven’t seen in a while.

Super casual, meet new friends, see old ones, and have a drink on me. I’ll have name tags, a few bottles of wine, whiskey, cognac, and tons of sparkling water. There’ll be light snacks but no formal dinner.

My party is a little different from an average party.

Ever been to a party where you had to walk around awkwardly trying to join a conversation?

Or maybe you forget names (yeah that’s me 🙋). Neither is going to be a problem here.

I love it when people meet other fun, interesting people and make new friends.

Expect to wear a name tag, and at some point I’ll facilitate icebreakers so that you get to know more awesome people.

Don’t worry, it’ll still be informal (even chill!) and lots of fun.

The party is kid-friendly. Bring your little one if you wish.

We have an outdoor bounce house that we will set up for kids to enjoy (weather permitting), as well as a separate room with toys kids can play.

Hope to see you soon!

Video from the Cocktail Party

A few weeks after the party, Alex sent me this message:

“Nick, you made my 2021 special. Thank you for getting me excited about hosting parties and sharing your book before it was published. I appreciate your advice about how to host my first party. It’ll be remembered and forever appreciated.”

That makes me super happy!

This worked for Alex (even with his kids!), and it can work for you.

Check out my book The 2-Hour Cocktail Party to learn my step-by-step guide to hosting your first party.