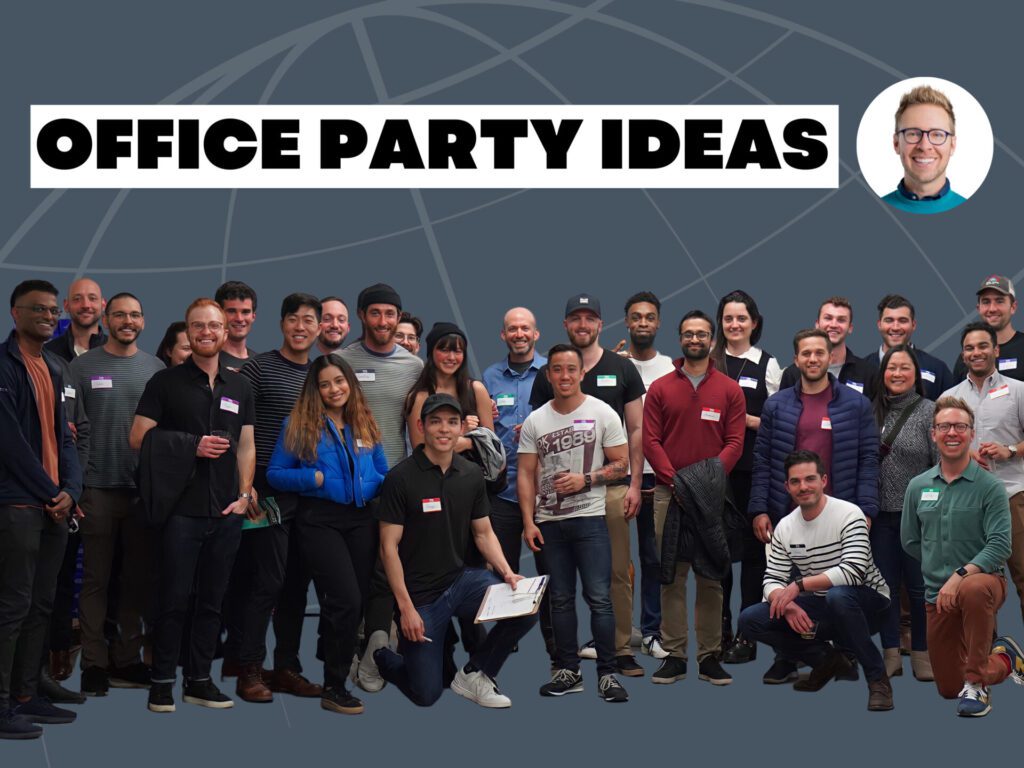 Are you thinking of planning an office party for your co-workers and colleagues for them to make new connections?

Or maybe you just started a new position and have no friends?

This blog post will show you the best office party ideas and how to host it. You and your colleagues will be able to build relationships and strengthen your connections.

Here are the key concepts that Roger learned from my book and applied it for his events:

Here are party format ideas for you to use at your next work event:

Roger is the co-founder of a company called Zoro Card.

I met Roger at someone’s happy hour and he was interested in making new friends since he just moved here in Austin, Texas.

Roger wanted to host a party to make new friends and bring his existing friends together. I told him about my book The 2-Hour Cocktail Party. He was excited and wanted to try it, so I gave him an early copy.

After reading my book, he hosted his first party in his apartment. After his successful event, he was more confident in hosting one for his co-workers.

Hosting an Office Party at Work

After the success of his first party, Roger then planned a much bigger party, this time at a friend’s office. His goal was to make new connections for his business.

The party was a huge success! Here’s what Roger said afterwards:

I was blown away at how easy it was to host such a fun, successful event. You literally handed me the perfect formula for hosting and all I had to do was follow it step by step. It’s obvious that hosting these types of events is the ultimate hack to growing and deepening my connections with some of the coolest people in my city, and I’m already seeing the results of that after hosting just one event.

Here’s a list of snacks and drinks that you can buy and serve at your party with only $100:

Take a look at Roger’s snacks and drinks corner.

Here’s some pictures of Roger’s lovely party guests. This party was hosted in Austin, Texas.

This was another success for Roger and he was able to make new friends and connections for his business. All he did was follow the formula found in The 2-Hour Cocktail Party.

He’s also received invitations to other people’s events. And he re-connected with people that he hadn’t seen in a long time. Roger uses these parties to make new friends and to help network for his startup tech company.

This was a perfect example of my ideal reader of my book about how to host a party.

Roger hosted a party at home and learned the fundamentals of hosting:

Then he used those skills to host a larger event. And he had the confidence to do it!

I’ve been able to successfully invite people to attend my party who I otherwise wouldn’t have been able to meet up with 1-1, and I’ve been receiving invitations to join other people’s events.

Want to learn how to host a party like Roger? Email me your party date! I’ll hold you accountable and provide extra advice.