Video: Cutting Someone Off When They Talk Too Long 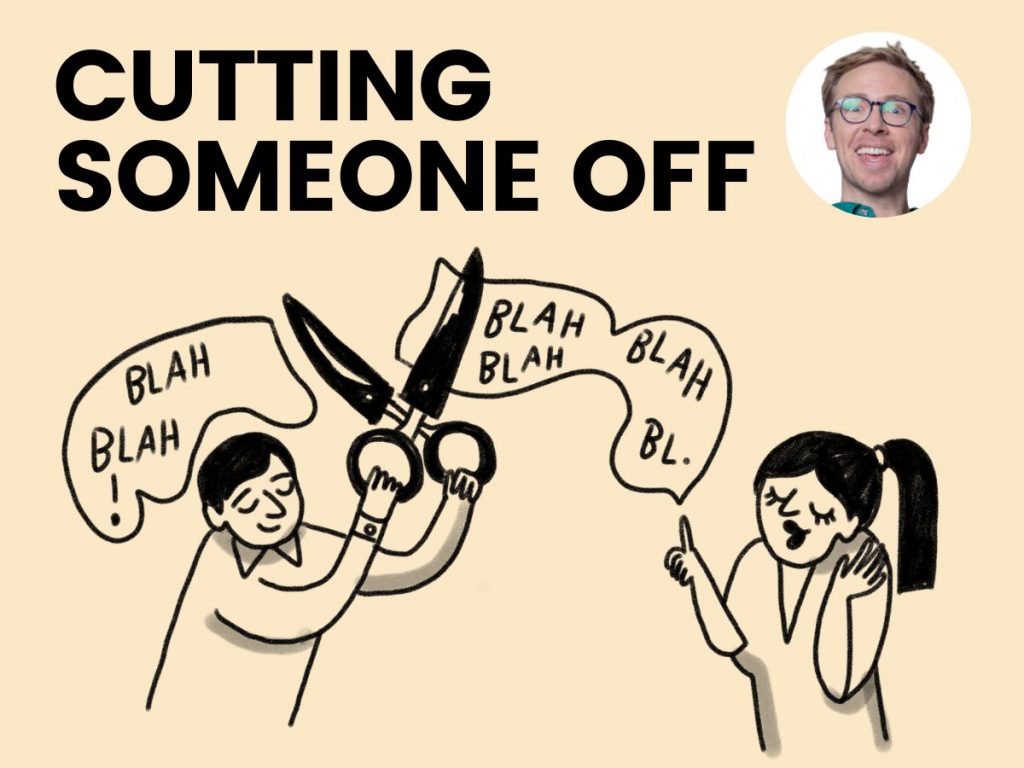 See how to cut someone off when they’re talking for too long already!

Nick: And hello! This is Nick and Erika and we’re going to show you how to cut somebody off when they’re talking too long during the icebreaker. So we’ll say, hey, we’re going to go around the circle and say your name, say what you do for work and say something. What’s one of your favorite things to eat for breakfast?

Erika: Hi, I’m Erika. I am director of franchise operations at a company called BuildOps that’s based out of LA. I’ve been working there for about two years. I’m waiting for you to come up already! Okay, I really love my job and what was the last one?

Nick: Now, as she’s going, I’m gonna be looking at her,  making eye contact like this if she’s not signaling from me then i will very slowly pull this up. Keep talking, keep talking.

Erika: I really like my new hobby of pickleball..

Nick: And thank you, Erika! Good job. We’re going to go to the next person now. And so it’s a very playful way of looking at them, gently blowing the harmonica, and then ask and say, thank you very much and we’ll go to the next. So it’s upbeat, positive, and you’re cutting them off and you’re making eye contact to know that you’re not being rude but you’re just moving it along for the circle. Thank you. That wasn’t too mean, right?