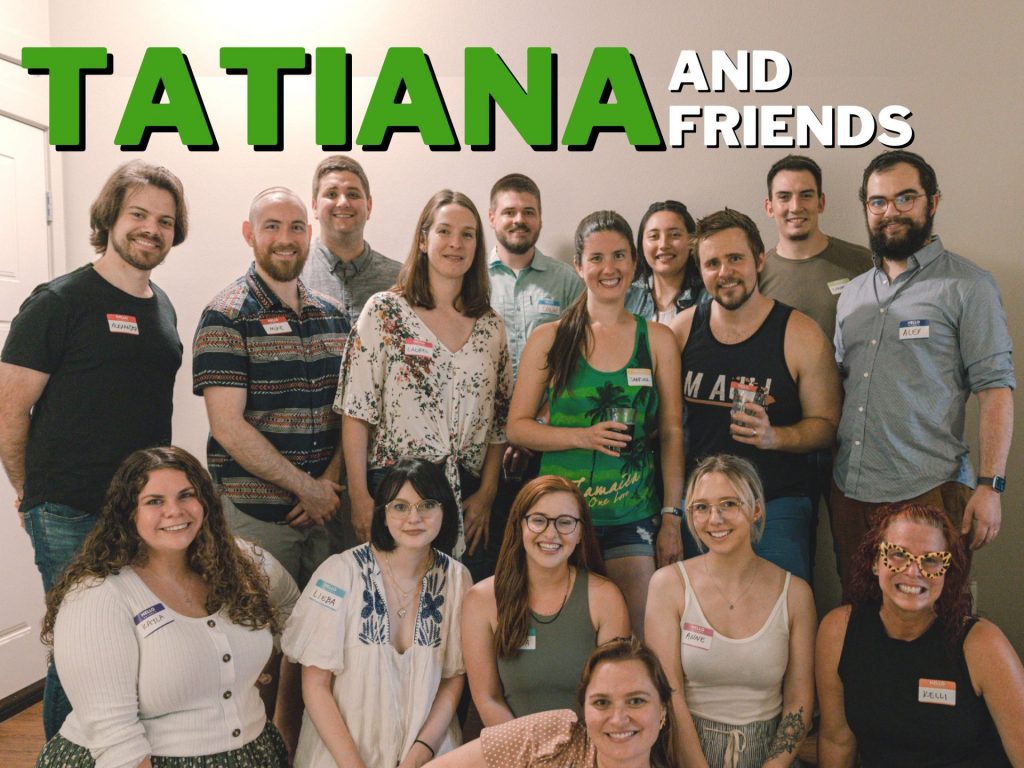 Tatiana lives in Seattle. She read my party guidebook after hearing about it during a Tony Robbins event for her Unleash Her Power Within group.

These are photos and memories from her second party that she hosted in her home. You’ll see which icebreakers she used, her favorite parts, and lots of fun pictures.

Here are some photos from the party of different people Tatiana knows in Seattle. They’re all having fun and making new friends!

Tatiana wanted to try a theme for her party. She picked “Kittens and Cocktails” and decided to invite all of her friends who have cats.

Tati decorated the house with informative party signs (as mentioned in the book) and drew cats on them. There were cat themed balloons and cat themed stickers for drink cups as well.

Nick’s note: be careful with themes! I still don’t like them and I don’t suggest them until after you’ve hosted at least 3 parties using my formula. For her next party, Tatiana is giong back to the core “cocktails and icebreakers” outline.

Tatiana sent out reminder messages to everyone several days in advance.

She used the scripts from the book to send her reminder messages. Those were sent one week prior, three days before the party, and then the final message on the morning of the party.

The guest bios that she included were a smash hit. Guests started conversations based on the information she shared.

For example, her guest Kelli went up to her another guest Anne and said, “Hey, I heard you have cats named after grains. What are their names?” Little interactions like that were fun and helped to start new conversations.

Guest bios are a simple way to increase engagement, make new friends, and improve your attendance ratios. See this article for the full info about how to use guest bios for your next party.

These were the icebreaker questions Tati used at her party:

How did it feel to use icebreakers at the party? Here’s what Tatiana said:

The icebreakers were awesome. Everyone loved them! Lots of laughs were had. Guests had easy conversation starters following the icebreakers.
—Tatiana Sanders

“More than one guest told me they wished they could have eaten more because the food looked so good! But they were having too much fun talking.”

This party was fun and a good learning experience for Tatiana. She learned that while a theme party can be fun, it also creates a bit of extra work and planning to make it a success. Her friends appreciated the theme, but she actually had more fun at her first party which did not use any theme.

Practice makes progress and Tati is willing to take it one step at a time to perfect her party hosting! For her next gathering, she’s going “back to the basics” to host a simple 2-Hour Cocktail Party. She’s excited to keep bringing her friends together and making even more new friends as a result of becoming a skilled party host.